Edith Rockefeller McCormick had many plans throughout her life; and because some of those plans came to fruition, we can thank her for the existence of Brookfield Zoo (she donated the land) and James Joyce's (she was his patroness) Ulysses. Some of her other plans, like the ill fated Edithon Beach project and other real estate ventures became her financial undoing. Others simply never materialized because of her untimely death.

Edith had plans for a museum. As a lifetime collector of all things beautiful and rare she intended to leave something behind for her beloved city of Chicago. She collected right up until her illness prevented it; collecting despite the fact that she had been curtailed by the Great Depression, collecting despite the restraints imposed on her by the family. She still collected.

For many years prior to her death she told the few who were close to her of plans to erect a museum on her 1000 Lake Shore Drive property and it's adjoining parcels facing Bellevue and Oak. Whether or not she intended to raze the Lake Shore mansion itself one can only contemplate, and besides, it happened anyway. Regardless, the priceless collection of furniture, tapestries, jewels, books and artwork were intended to have a permanent home. 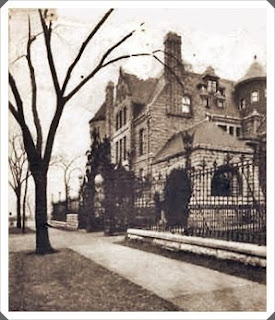 I'd like to think that Villa Turicum somehow factored into this idea. I know that Edith entertained many ideas for the estate thorough-out the years; among them a research institute devoted to the Jungian theories and thought that she studied for so many years in Switzerland, and a retreat for artists and writers along the lines of Yaddo. I myself could envision her making Villa Turicum an extension of the downtown museum; something on the North Shore that would today rival the Getty in California

One thing her museum would have had for certain (and that she brought to Chicago) is a personal collection of jewelry unsurpassed. It would of course be anchored by the famous Catherine the Great emeralds (later purchased by Barbara Hutton) that she wore to her beloved opera and on a few formal occasions. She paid $1,500,000 for the gems, including the 80% duty after finding them for sale in 1923. 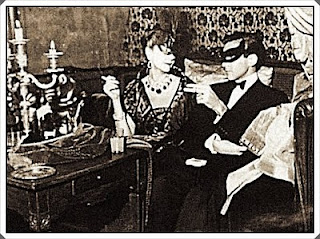 Barbara Hutton in Paris (1958) wearing the prodigious necklace and earrings that once belonged to Catherine the Great.
Edith truly cherished her jewels, and she had many. She also had favorites, and I love the story about her highly regarded pearl necklace. The strand consisted of 23 perfect pearls, and hardly a day went by when she would not be seen without them, taking tea or having luncheon at the Casino club. She had the necklace made from the famous Leeds and Theirs strands, the largest pearls being 3/4 of and inch and the smallest no less than 1/2 an inch. All of the gems were perfectly matched, and at the time it was considered one of the finest strands of pearls in the world.

Another of her personal favorites was the square cut diamond and pearl ring that her daughter Muriel was to re-purchase at the 1934 auction following her death. Edith wore it constantly on the third finger of her right hand, and I'm pleased to know that such a treasured item stayed in the family. The diamond necklace and breastplate mentioned in an earlier post would not be so lucky.

The diamond studded necklace and breastplate that sold at the 1934 auction in New York for $15,000

Edith's musuem(s) could have been extraordinary. Imagine entering the Pompeian room (given that name because of the four columns inside it from that era - reportedly costing $40,000 apiece at the time) at Villa Turicum and seeing the great carved judge's bench and gilt bishop's throne (both from the Italian renaissance) finally displayed outside of their crates. 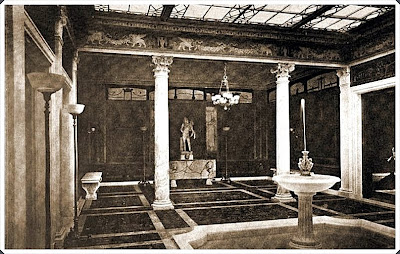 Even better would be the now 700 year old Emperor's carpet which had once belonged to Peter the Great. This was the last of her magnificent treasures to be acquired. She purchased it (for $120,000) after seeing it pictured in a magazine; enlisting an agent to track it down, (he found it in London) and have it brought to her 1000 Lake Shore Drive home. It was shown for a short time in the Northeast drawing room until it was sent away to be stored at the Art Institute.

In contrast to all of this I should leave you with a story of Edith's conservatism as well. In April (just four months before her death) she fell in love with a hat that she saw in a Michigan Avenue shop. Edith had set her personal ceiling at $25.00 for any piece of millinery, and when she was informed that the hat was $38.00 she refused to buy it. Later on one of her maids found the same hat in a different shop, purchased it, and our collector was once again the victor.

I have no doubt as to Edith's intentions as I found documentation last night that states when Edith revised her 1924 will she intended to leave 1000 Lake Shore to the Art Institute of Chicago as a permanent home for her collection.I only wish she could have been the victor against her illness, because the plan would have succeeded.
Posted by Todd at 7:13 PM