I recently finished editing a few photos taken on the grounds of Villa Turicum in the early 1970s - a time when many of us first became familiar with it, although it has been my pleasure to speak with many who knew the estate from an earlier age as well.

I believe many of you will enjoy this glance back at a period when Villa Turicum was lost - yet retained all of it's magic. 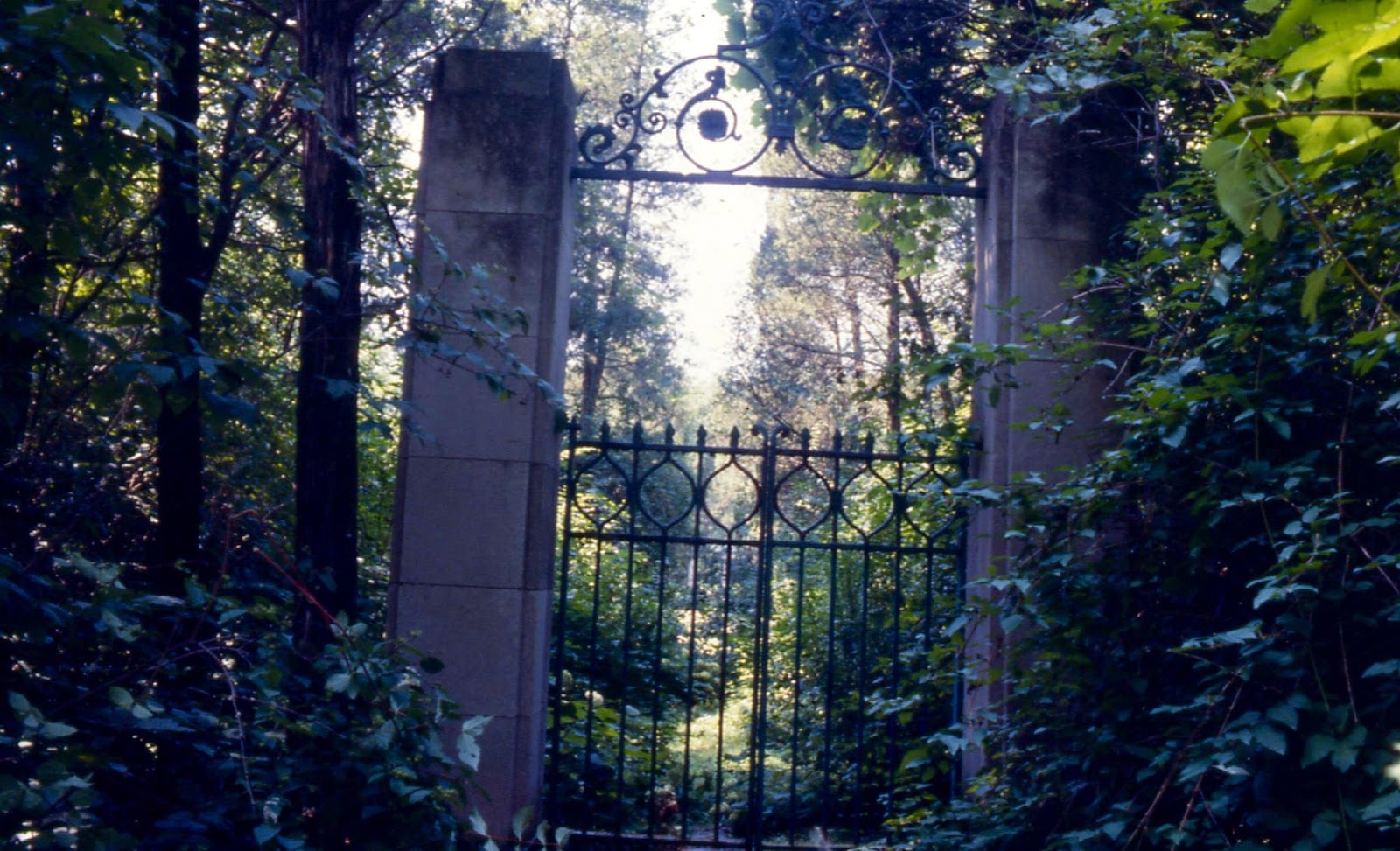 Service gates (of which there were once many) that allowed auxiliary access to many parts to the estate and gardens. 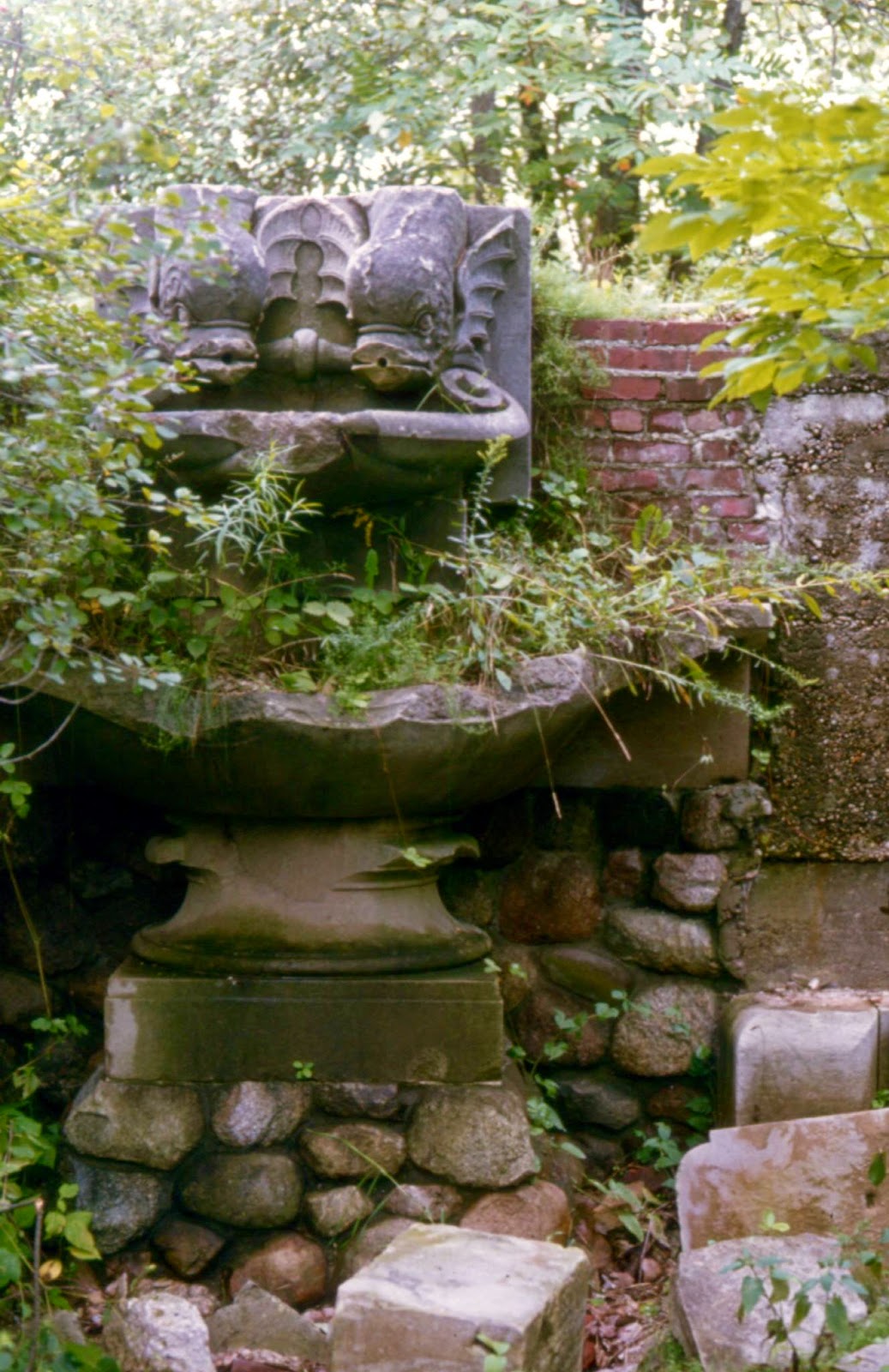 Twin dolphins and the first fountain terrace. Villa Turicum itself once stood directly above. 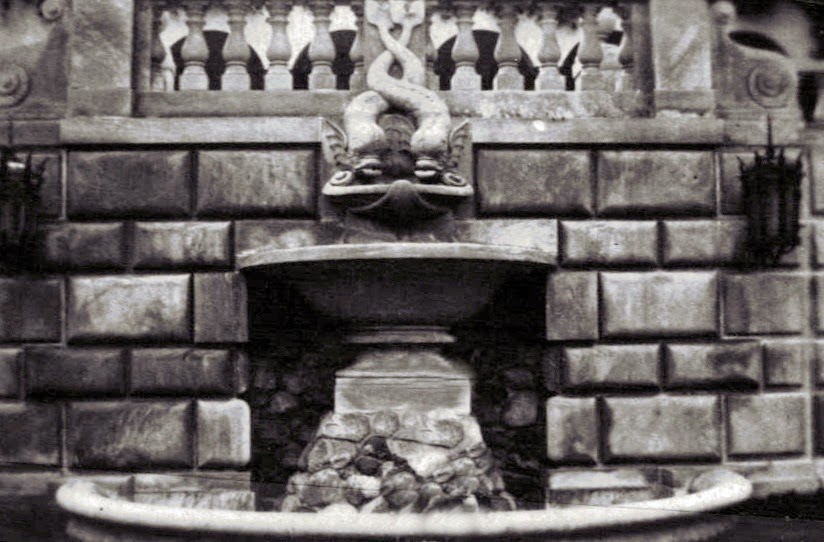 The fountain in its heyday. 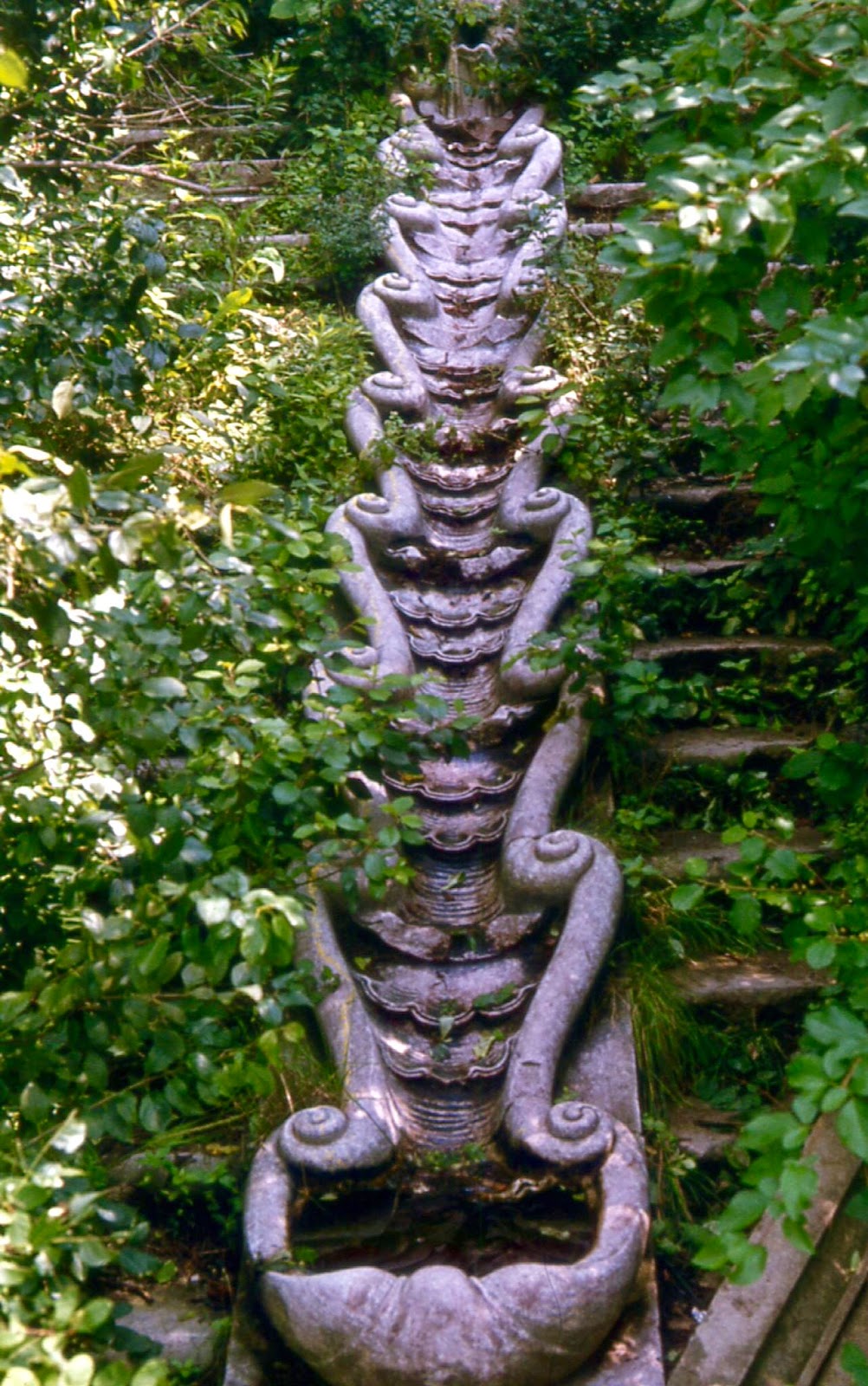 Once of the many staircases and cascades that ran between fountains down the bluff to the swimming pool and the lake. 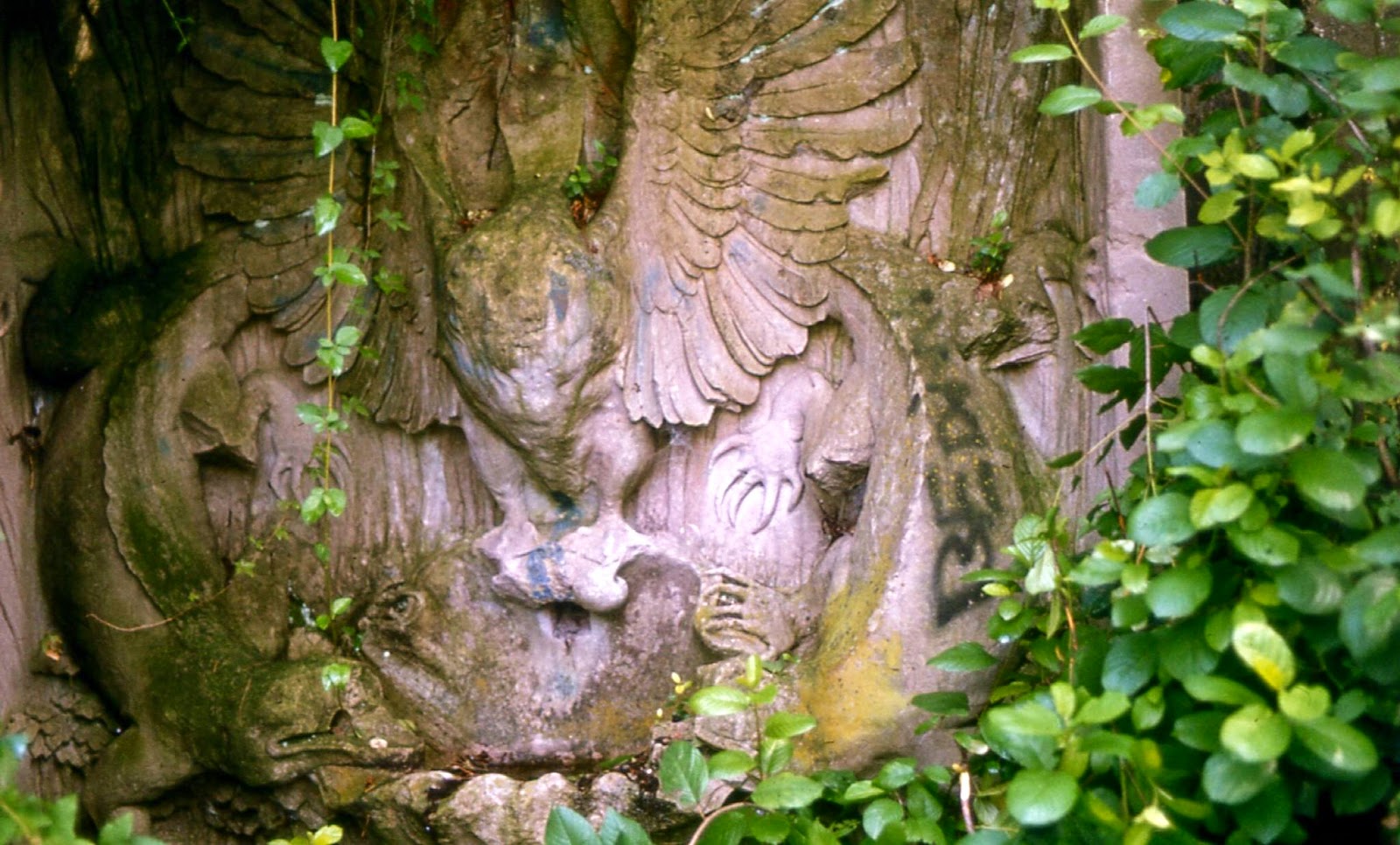 Pelican (beheaded by vandals) and twin salamanders. This was another stop on many of the terraces running down the bluff. 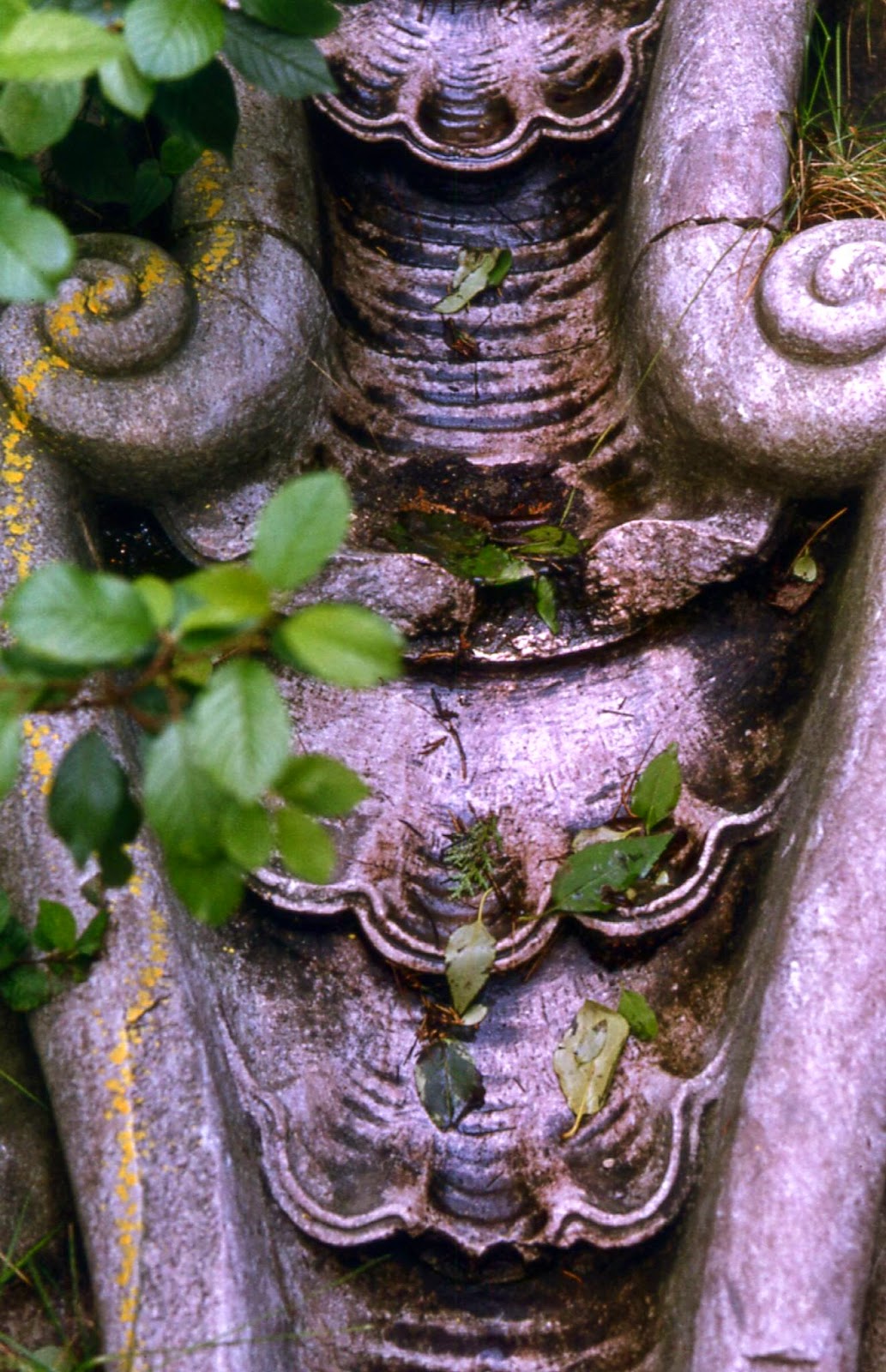 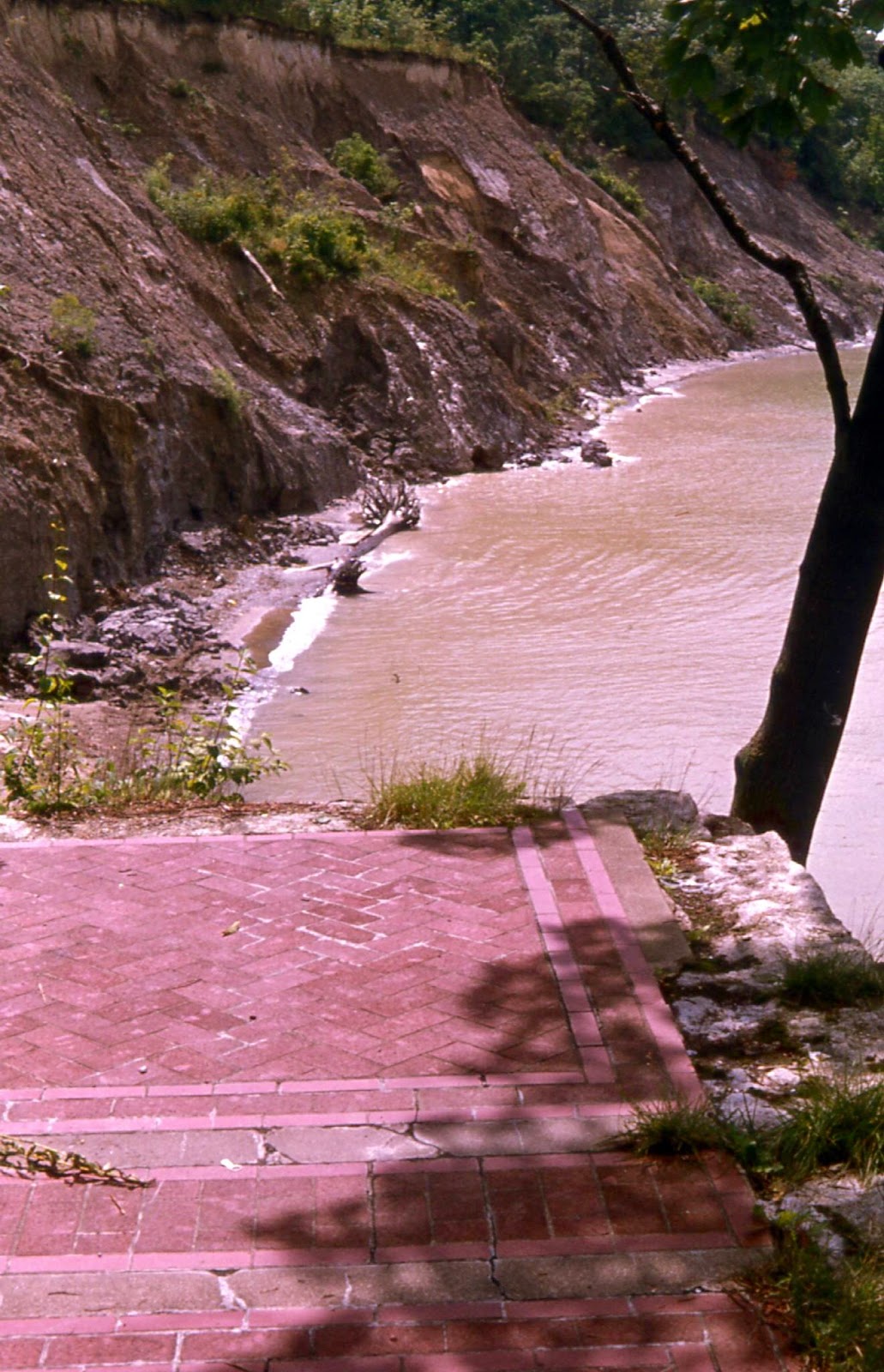 The view from the top of the bathhouse/changing rooms. 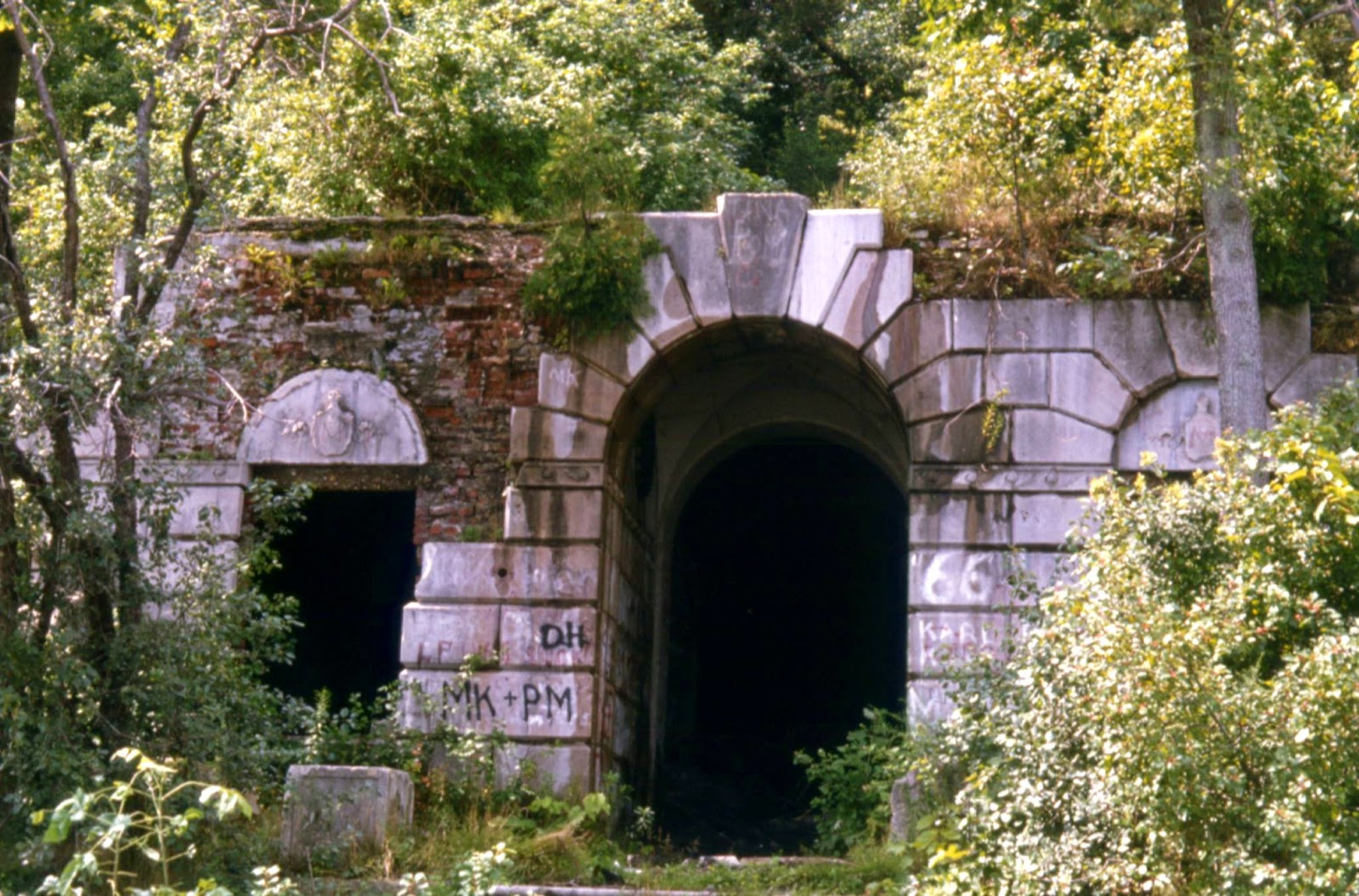 Entrance to the bathhouse/changing rooms that stands behind the swimming pool at the foot of the bluff. 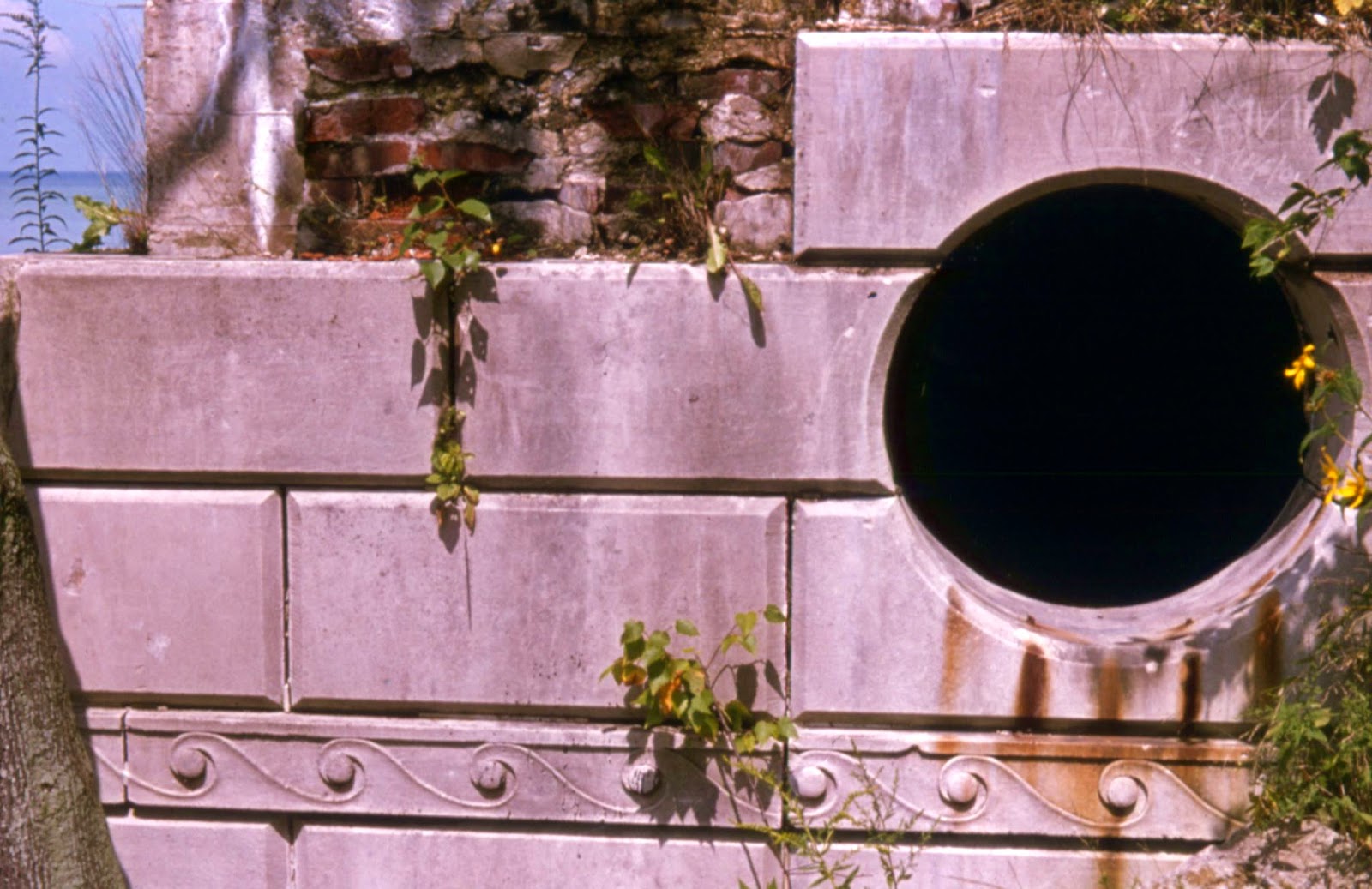 Window of the changing rooms. I like the wave detail. 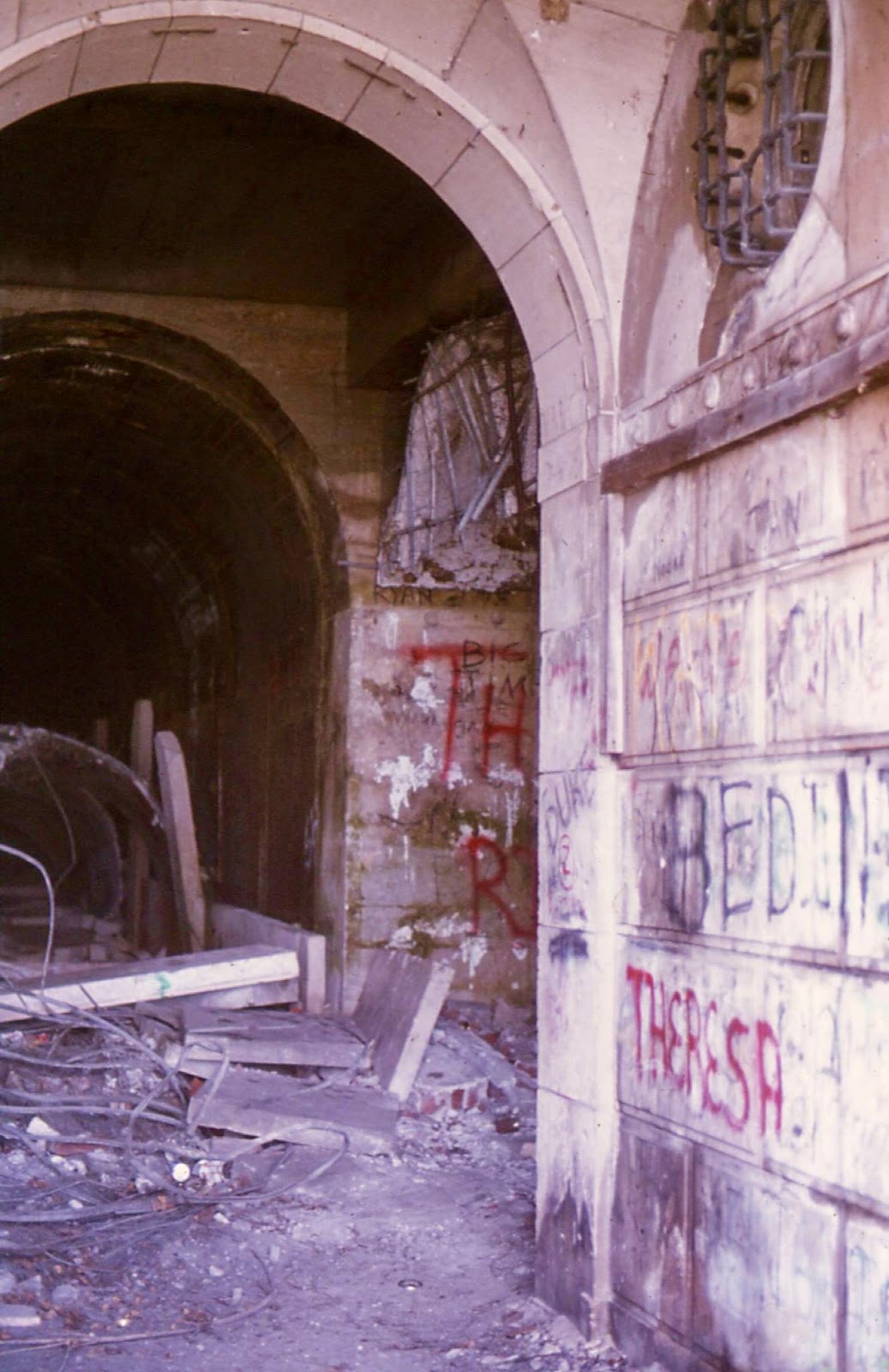 This tunnel in the bathhouse changing rooms led to an elevator that would take guests to the house 70 feet above. When Villa Turicum was torn down, much of the debris was dumped into the elevator shaft, with the elevator still inside. 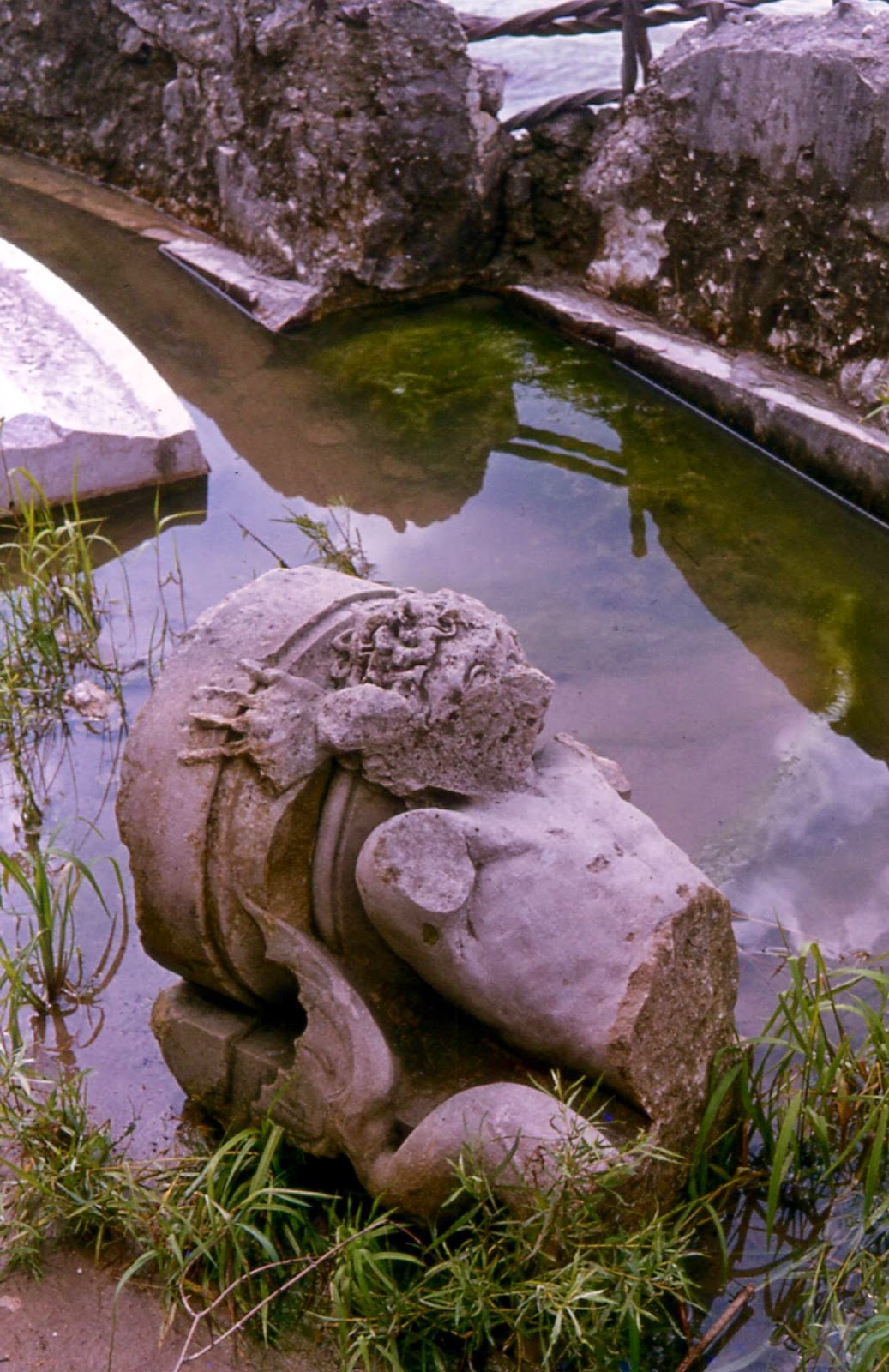 Broken statuary near the swimming pool. 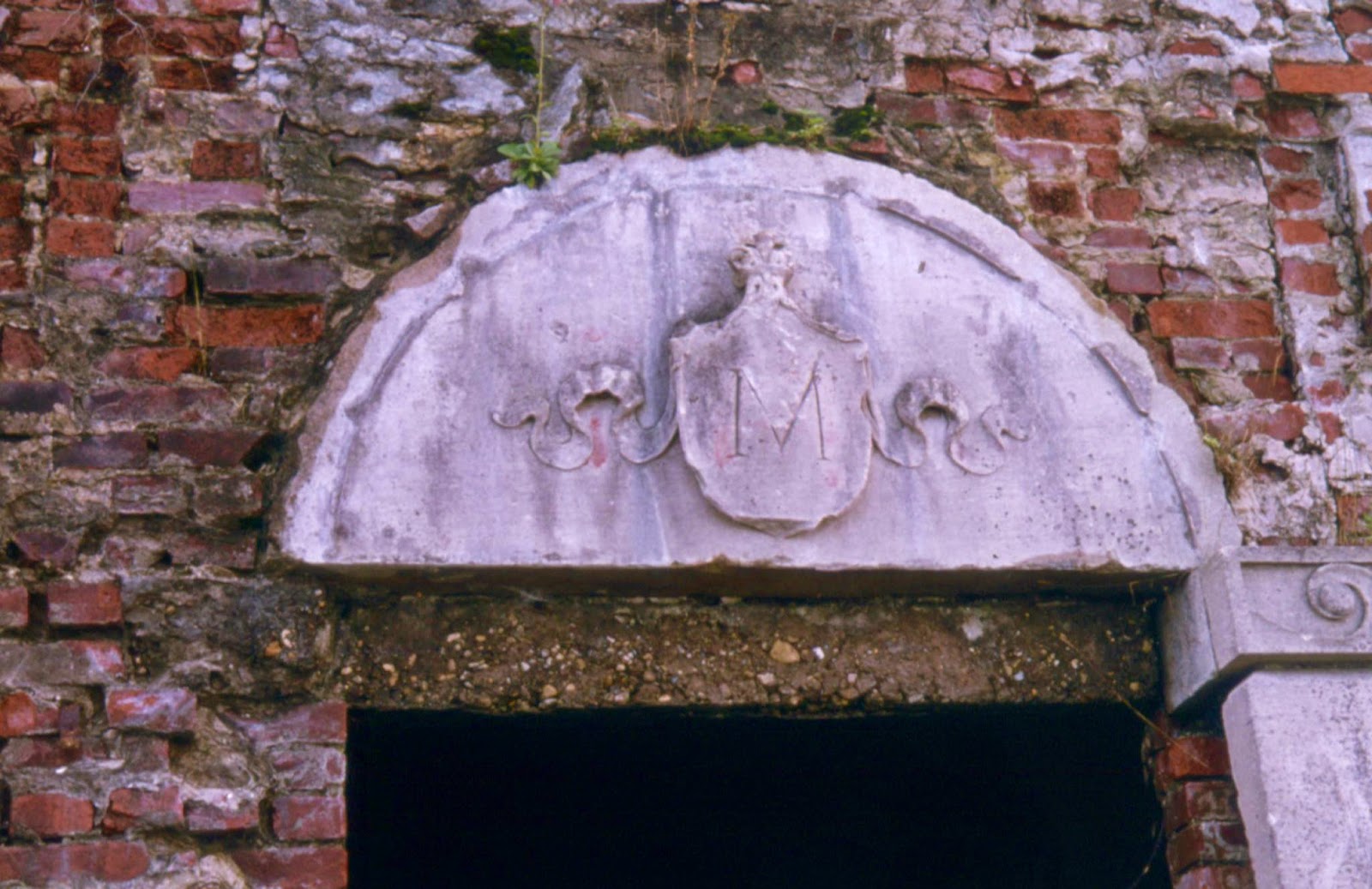 M for McCormick of course. 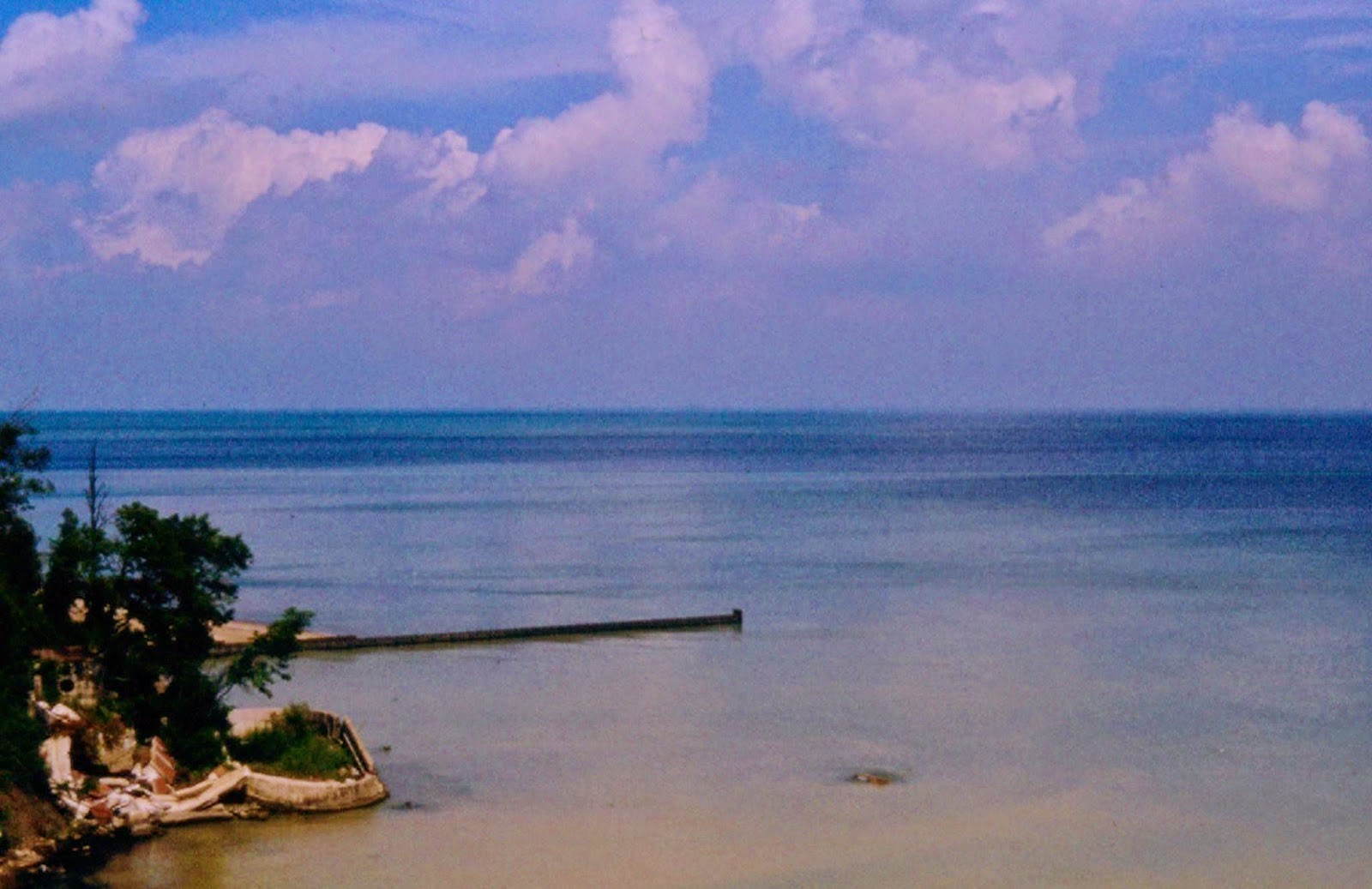 The view from on top of the bluff to the south. A collapsed staircase and the swimming pool are to the left.